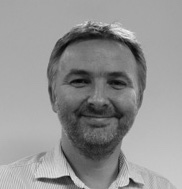 One of the older MacBook Pros in the Kuamka fleet has started to misbehave. First the battery life declined, then it wouldn’t charge at all and finally macOS was showing “needs service” for the battery. Even when plugged into mains power this machine had become very slow, probably because the CPU was being throttled to save power.

After a bit of research we concluded that the battery was probably faulty, and ordered a replacement battery kit from iFixIt. This arrived a few days later and I set to work.

The iFixIt instructions are truly superb. In no time at all the innards of the MacBook were exposed.

It’s pretty clear now that the battery is at fault - the third cell from the left has a bulge in it, and there are scorch marks on the inside of the casing.

The hardest bit was removing the glue that holds the batteries in place. I used both the solvent that comes in the iFixIt kit, and the “dental floss” technique where you get a piece of dental floss under each cell and use it to saw through the adhesive. After about half an hour the cells were removed.

It took a while longer to remove all the left over adhesive, then I plugged the new battery in, reassembled the MacBook and powered it up. It booted fine but… the keyboard and mouse had stopped working. This was a bit of a disaster.

After a bit more research it turns out that the track pad and keyboard ribbon cables are very sensitive to being pulled.

On each of these, flip the lock on the connector up to release the cable, push the cable back in and push the lock down again (there are good instructions for this in step 42 of this iFixIt article). Once I had done this I powered the MacBook up and the keyboard and track pad were working again.

With this done, both performance and battery life both seem back to normal. We will hopefully get a few more years of use out of this MacBook!

You May Also Enjoy

Home Assistant is now all set up and working at Kuamka HQ. It’s currently running in a Docker container on a Mac Mini - this isn’t ideal as it means the rela...

Getting started with Home Assistant

Kuamka HQ is in an old Victorian house in the UK. One challenge with old houses is controlling heating and humidity levels in the building. We have recently ...